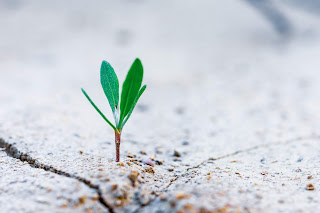 A fictional short story
She stomps snow off her boots. An audible shiver escapes her lips as she hangs up her coat. Eager to get closer to the fire, Mallory glances again at the photo as she passes. That beautiful beach sunset. Some days when she sees it, all the emotions of last summer’s vacation swell quickly. The picturesque moments of the trip overshadowed by the fear of her brother dying soon. Guilty feelings for coming when he couldn’t, for her forced smiles; all of it had pestered like chafing sand. The beach had faded in her rearview mirror sooner than planned. The anxiety, anger, and desperation to make it to Christopher’s bedside in time made horrible travel companions. Cancer is a profound disrupter.

Today when she passes the photo, however, she wishes for the warm temperatures of the beach, the hot sun on her face. Grief is fickle like that. Consistently, persistently fickle.

After warming her hands, Mallory decides to check on her new, green roommates. The cold necessitates her plants’ move indoors, and she doesn’t begrudge their proximity. She moves among the terracotta pots, wiping dust from some leaves and checking soil’s moisture. It always brings her joy, and stirs wonder, to find new buds, to see fresh life pushing upward. Pushing against gravity, against the weight of the very earth that nourishes. Spotting new growth also brings the occasional pang of jealousy. She wishes she could push past the gut-piercing waves of loss, to stretch into a new atmosphere where he isn’t gone. She knows that no matter how well she protects and cares for her plants, she cannot make them grow. Life and growth remain mysteries beyond her control, a truth which vacillates between comforting and infuriating. She can’t make her plants grow. She can’t make her heart heal.

Mallory sees the communion supplies as she crosses the warm, church lobby. “I forgot that was today,” she thinks to herself. As a child she had been fascinated by the tiny, juice-filled cups, picturing their addition to her tea set. She picks up a bulletin and remembers the time Christopher joined her tea party, talking in a British accent the entire time. These intrusive memories are an inexplicable blend of joy and sorrow. She wishes the good ones would last longer, before being shoved away by the sad ones. Like the image of his hospital cup, which she’d refill with pellet ice and placed beside his Chapstick. Such small ways to care for her big brother, her childhood protector, her first best friend.

Mallory snaps back to the present just as an elderly woman approaches her.

“I’ve seen you before but haven’t had a chance to introduce myself. I’m happy to meet you!”

I’m happy… Could she even start a sentence with those words? She wants to be polite, but her brain feels foggy, lost in low-lying dissonance between past and present.

“..Nice to meet you too..” Mallory mumbles, sure that she’s already made the exchange awkward. She starts toward her seat when she hears Gladys ask, “Would you mind terribly if I sat beside you this morning? Normally my son would sit with me…”
Despite the slight sinking feeling in her stomach, Mallory nods, “Sure. Of course.”

Mallory is thankful for the lack of small talk. She can’t help but notice the pace Gladys does everything with- standing to sing, sitting again, opening her well-loved Bible, folding her hands to pray. It is a meticulous slowness that doesn’t convey lack of ability, but rather deliberate care. By the end of the sermon Mallory’s discomfort has faded into appreciation for being near Gladys. Focusing on God side by side with her made the time richer, deeper somehow.

The service closes and they gather their belongings. Mallory wonders what to say or do next. “Thank you for sitting with me” sounds juvenile. “Well, have a good day” seems insufficient. Gladys reaches out and pats Mallory’s arm, “I enjoyed sitting with you, dear. It was a comfort.” Mallory instinctively exhales, feeling that relief of someone else putting words to your exact emotions.

“Same,” is all she manages. And it’s all that’s needed.

“Maybe I’ll see you again next Sunday,” Gladys says as she turns and walks slowly, purposefully up the center aisle.

She does see her the next Sunday, and the Sunday after. Soon Gladys is passing Mallory a mug of tea instead of a tiny communion cup. The cozy kitchen smells like cinnamon, not the fake kind in sprays or candles, but the earthy essence that embeds in walls from years of baking. Mallory usually feels uneasy going into someone’s home for the first time, battling the urge to apologize for intruding and scurry out the door. But visiting Gladys’s is different. It’s new, but somehow familiar. Small talk here doesn’t feel like a chore. Mallory loves learning more of Gladys’s story and seeing the family photos she proudly shares.

“And this is my son, Daniel.” Mallory notices the change in Gladys’s voice, the sorrow that drifts into her eyes and ever-so-slightly pulls down the corners of her mouth. Would someone else not as closely acquainted with grief notice it too?

“I lost him just this past summer.”

“He had pancreatic cancer.”

“After losing my husband, Daniel took such wonderful care of me, doing even more than I needed. But then he got sick. I never thought I’d still be here. Without him.”

That urge to apologize and scurry away rushes in.

Of all people, she should be able to sit with Gladys in this pain. To ask questions and offer comforts that she longs to receive. But her heart feels like the salt-water-filled beaker in her tenth grade chemistry class, saturated entirely and unable to hold a single molecule more.

Sitting in her car Mallory buries her face in her mittens. She feels ashamed for the ridiculous excuse she made to leave abruptly. She hates how her cowardice inadvertently confirmed the worst to Gladys- that her grief is too much for people. She’s knocked over by fresh waves of sorrow, pulled under by the gravity of Gladys’s loss, of her own loss. Visceral anger surges, pointed inward, pointed outward, pointed upward.

She gasps from the startle of the gentle tap on her window. She rolls it down, and the cold air precedes Gladys’s warm smile by a millisecond.
“I had to come check on you, dear. I don’t think you should drive while you’re so upset. Do you want to come back in and talk about it? I think your neighbor’s cat will be alright for just a bit longer,” she adds with a wink and mischievous grin.

Back in the cinnamon kitchen Mallory lets the words flow. She tells Gladys about losing Christopher last summer too, also to cancer. She tells her about how brave he was while going through chemo, joking with the nurses even while his lips were cracked and his blinks were long. Then something breaks loose inside her. She feels the icy dam around her heart give way and hears her own cry rise, almost to a shout. “Why?! Why him? It’s not fair!” Only sobs can escape then, protected by Gladys’s tender silence and small arm around her shoulders. One quiet, “I know, dear. I know” is all that shares the space. A safe space that doesn’t hush or cover, rush past or look away. They sit together for a small slice of eternity. When she feels solid ground under her feet again and can push past the surface tension of sorrow for a breath, Mallory wipes her face. She feels exhausted and totally seen. Embarrassment is waiting in the wings, ready to rush center stage. But Gladys’s beautifully spotted, frail hands hold it at bay. They are warm and light as they rest on Mallory’s.

Gladys’s soft voice breaks the silence. “The truth is, I don’t know. I don’t know why. Trust me, I’ve asked God the same question! He’s never seemed to mind my asking, even when asking turns more into telling. Or when it’s too hard to talk to him at all.
“I do know what the shadowy valley feels like, dear. To wake up and wish it all was a bad dream. To beg to switch places and feel the burn of injustice. How anger and guilt can be constant, unwanted companions. And I also know that God is in the valley.”

Mallory doesn’t feel apprehension as Gladys’s words turn back to God. She knows these words aren’t empty. They have deep roots.

“Jesus has kept all of his promises to me,” Gladys goes on. “He has never left me or forsaken me. His Word has never failed me. His Spirit has never departed from me. Even when I’ve experienced the very worst this world has to offer, his words remain true- he has overcome the world. More often than not, though,” she continues as she slowly rises to fetch the tea kettle from the stove, “it feels more like he is overcoming. It doesn’t feel done. I suppose our grief won’t ever feel done, this side of heaven. But it will change, become part of us, even become part of how we worship. And our faith can surround our feelings, sometimes pushing up past them. We can believe by faith that ‘it is finished,’ while we walk through the ‘not done yet.’ One day sorrow will be done, my dear. Jesus will wipe away every tear. And until then, he’s storing them in his bottle.”

As Mallory watches Gladys sip her tea, she feels gratitude warm her from the inside out. She knows this was the first of many conversations about grief, about the men they miss, about God being in the valley. “Thank you for sending me this friend,” she prays silently.
The weight of all she doesn’t understand hasn’t dissipated. She doesn’t know what tomorrow will bring, but she has been reminded of the sovereign Creator who does. And a tiny, green bud pushes up through the heavy soil of her heart.


This fictional short story was originally published as a guest blog at https://lauren-bowerman.com/2019/12/14/the-growth-in-grief-a-guest-post/


Photo by Stanislav Kondratiev on Unsplash 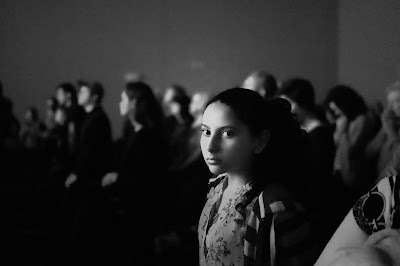